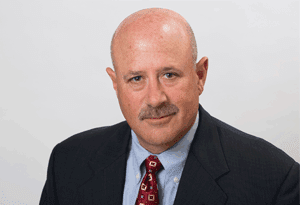 James Shore specializes in the protection of intellectual property rights and the implementation of brand protection strategies including channel compliance, the representation of corporate and individual crime victims, and civil litigation.

A significant aspect of Mr. Shore’s practice is the representation of corporate crime victims in the conducting of internal and external investigations, with the goal of referring individuals and entities who have committed crimes against the corporations to law enforcement agents and prosecutors, and in then seeking restitution recoveries on behalf of his corporate clients. Mr. Shore’s work in this area has focused on crimes involving counterfeiting, major frauds, employee frauds, and computer intrusions involving his clients.

In addition, Mr. Shore utilizes his extensive litigation experience to represent clients in both bringing and defending against civil and family law restraining orders. Mr. Shore’s background as a trial attorney and willingness and ability to take these cases to trial make him uniquely suited to effectively handle these matters.

Mr. Shore served as Deputy District Attorney in Santa Clara and San Mateo Counties for 20 years, during which time he litigated hundreds of cases and was the lead prosecutor on more than 50 jury trials including prosecuting homicide, environmental crimes and fraud cases. He received commendations from the Santa Clara County Board of Supervisors and the San Jose City Council, as well as the California District Attorneys Association, for his work as a prosecutor.

Mr. Shore led a variety of public safety and legislative initiatives. As president of the California Prosecutors Association, he championed successful statewide legislative campaigns. He was a gubernatorial appointee to the State of California’s Juvenile Justice and Delinquency Commission and served under both Governors Schwarzenegger and Davis. He was also an appointee of former California Attorney General Bill Lockyer to the California Task Force on Home Security for Public Safety Officials.

Mr. Shore has been a featured speaker at The International High Technology Crime Investigators Association (HTCIA) Annual Meeting in 2011 and 2012.

Mr. Shore has also been an active member of numerous not-for-profit community organizations. He currently serves as vice-chair of the City of San Jose’s $159 million Public Safety Bond Oversight Committee; board member of the Bay Area After School All-Stars; an advisory board member for Crime Victims United of California; founding president of the Walden West Foundation; and former board member of the San Jose Police Activities League. He is the former chair of the City of San Jose Historical Landmarks Commission, where he was involved in land use policy issues including being a key voice in the successful effort to redevelop historical buildings such as the Montgomery Hotel and the Jose Theater.

James Shore joins panel at the IACC Spring Conference “Welcome to the Revolution: Fighting Fakes in the 21st Century”

James Shore joins panel discussion on “Vendor Management and the Alignment of Legal Service Delivery” for The Masters Conference: Bridge The Gap Between Legal And Data